The U.S. risks triggering a global recession unless the White House and Congress avert $1.2 trillion in spending cuts set for January, Honeywell International Inc. (HON) Chief Executive Officer David Cote said.
Congress agreed to the cuts as part of last year’s Budget Control Act in an attempt to require lawmakers who had reached a stalemate on lowering government debt to work out an agreement that would replace the across-the-board reductions.

David Cote, chief executive officer of Honeywell International Inc., talks about the global economy, the U.S. deficit and the outlook for Federal Reserve policy Cote speaks at the Bloomberg Markets 50 Summit in New York. (Source: Bloomberg)
U.S. debt should be curbed with long-term alterations, not abrupt changes, Cote, a member of President Barack Obama’s deficit-reduction commission, said today at the Bloomberg Markets 50 Summit in New York. Congress’s wrangling over raising the debt ceiling last year has sapped confidence in politicians, Cote said.
“If the debt ceiling was playing with fire, this is playing with nitroglycerin,” he said. “There’s the opportunity for our government to spark a global recession with how they handle this fiscal cliff.”
The so-called cliff refers to the automatic spending reductions as well as the expiration of tax cuts approved under President George W. Bush, also set to end in January.
Companies are refraining from investments and hiring to see how Congress deals with the budget and the expiring tax breaks, and the delays hurt growth, said Cote. Last year, he criticized the debt-ceiling stalemate as causing “job destruction.”
Lost Decade
The U.S. needs to act now to avoid following Europe, which is in recession this year and risks repeating Japan’s so-called lost decade of scant growth, Cote said.
Cote said U.S. debt as a percentage of the economy is at its worst level since World War II and the country is accumulating debt at the same rate as Spain, which is grappling with austerity measures and bailouts.
The U.S. has avoided crisis so far because of the strong dollar and low interest rates as investors see the country as a safe haven, Cote said. The market could quickly turn against the U.S., he said.
“That stuff is true until it’s not,” Cote said. “When all of a sudden it’s not, it happens overnight. The herd turns against you.”
The government needs to make tough decisions to overhaul the tax system and benefit programs like Medicare, Cote said. The problem is the U.S., like other major democracies in Europe, Japan and India, suffers from gridlock, he said.
“Both sides need to go into it knowing the country is at stake,” he said. “This is not just some ideological argument.” 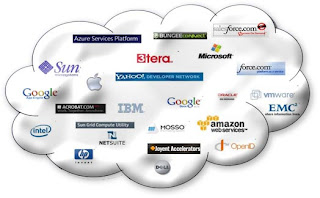