Showing posts from January, 2013
Show All


Airport, filed a summary suit over pending dues worth approximately Rs. 35 crore. A summary suit is filed for speedier recovery of funds when the defendant does not dispute default of payments.
“The airline has not cleared bills worth Rs. 18 crore as landing and parking fees, and Rs. 17 crore in passenger service fees,” said an airport official.

Sources said the assets proposed for attachment comprise four Kingfisher aircraft parked at the city airport, since the airline does not possess any other properties in the airport’s premises. The court has asked the airline to reply within two weeks.

Harmony comes gradually to a Pilot and his / her Air Plane.

The Wing does not want so much to Fly true as to tug at the hands that guide it; the ship would rather hunt the wind than lay her nose to the Horizon far ahead.

She has a derelict quality in her character; she toys with freedom and hints at liberation, but yields her own desires gently.

January 28, 2013
One of the most important skills that a
Pilot must develop is the skill to ignore
those things that were designed
by
non-Pilots
to get the Pilot's attention.

Difference between a Pilot and an Aviator,

January 27, 2013
One of the most important skills that
a Pilot must develop
is the skill to ignore those things
that were designed by non-Pilots
to get the Pilot's attention. 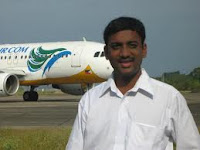 As the Great Recession has set back and even wiped out countless middle-class jobs worldwide, First Coast economists warn job hunters to gear their professional interests away from some traditional trades.
Candace Moody, vice president of communications for WorkSource on the First Coast, said the North Florida job market is hardly unscathed.
“The first [trade] that comes to mind is construction,” Moody said. “It wasn’t that long ago that every single construction worker on the First Coast was employed.”
Part of the trigger to the recession was the collapse of the housing market, and in Northeast Florida that left a glut of new homes. Moody said home construction will obviously continue at some pace, but it’s not likely to return to the level and corresponding employment seen before 2008.
“That will probably never be replicated,” she said. “Most of those workers found that when we had a surplus of homes with foreclosures coming on [and] are not going to find work again.”
WorkSource, w…
Post a Comment
Read more

A Lesson In Psychology

¤ When A Person Laughs
2 Much Even On Stupid
Things,
Be Sure That Person Is
Sad Deep Inside.

¤ When A Person Sleeps
Alot, Be Sure Dat Person
Is Lonely.

¤ When A Person Talks
Less, And If He Talks,
He Talks Fast Then It
Means That Person Keeps
Secrets.

¤ When Someone Can't
Cry Then That Person Is
Weak.

¤ When Someone Eats In
Abnormal Way Then That
Person Is In Tension.

¤ When Someone Cry On
Little Things Then It
Means
He Is Innocent & Soft
Hearted.

¤ When Someone Gets
Angry On Silly Or Small
Things It Means He Is In
Love.

So True, Try To See All
These In Real Life, U Will
Find All. 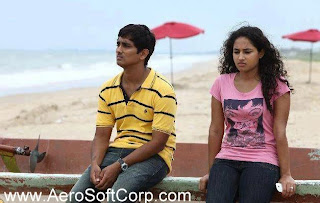 One day the boy proposed her. Then the girl said, "listen! your monthly salary is my daily hand expenses. Should I be involved with you? How could you thought that ?

I will never love you.

So, forget me 'n get engaged with someone else of your level."

But somehow the boy could not forget her so easily.

10 years later. One day they became face to face in a Shopping Center in New York.

NowI'm married. Do you know how much is my husband's salary? Rs. 2 hundred Thousand per month! Can you imagine ? 'n he is also very smart."

The guy's eyes got wet with tear by hearing those words.


After few minutes her husband came before the lady could say something to the guy, her husband started to say by seeing the guy.


Then he said to her wife,

"I'm going to assist a project of Sir, which is of Rs. 2 Billion US Dollars.