They are likely to start by flying a 120-seater airfraft
In view of a large number of Sri Lankan employees working in Brandix and the opening up of the airport to international flights, a team of officials of Sri Lankan Airlines visited Vizag on Tuesday to explore the possibility of flying out of here.

Regional Manager of Indian Sub-Continent of Sri Lankan Airlines Lalith de Silva and Revenue Optimisation Manager of the airlines Dinesh Pathirana went around the city interacting with leading tour operators and persons from the hospitality industry.

Visibly impressed by the view of the hills and the sea, the regional manager felt that this could be a good tourist destination to promote. As there are no direct international flights from the city, it is difficult to get the actual data of how many travellers are heading to international destinations, Dinesh Pathirana said.

He was keen to gather information from the tour operators on the tickets they were issuing and group tours they were organising to international destinations.

The Brandix India Apparel City flies special cargo flights from the city and it also has a large number of Sri Lankan employees, director of Vihar Hospitality Mantri Seshagiri told the team during an interaction.

Also there are food processing units and pharma companies in the region which fly their cargo to international destinations, another director of Vihar Hospitality L. Kiran Kumar said. The team felt they could start their operations by flying the 120 seater aircraft as 60-70 per cent occupancy was sufficient to make it viable.

The airlines is likely to use the smaller aircraft of its subsidiary Air Lanka for its flights to the port city. 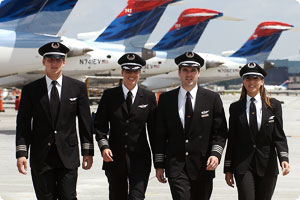