American Airlines pilots are feeling the painful cuts promised by the company in the on-going bankruptcy battle.

The pilots knew the cuts would be come, but weren’t sure how soon it would happen.  The AA pilots are the only work group that hasn’t reached a new contract agreement with the airline. AA just approved deals with flight attendants and transport workers on Wednesday.

The judge gave American permission last week to throw out the pilots' old contract and impose its own working terms after pilots rejected a company offer.

The company warned it would begin implementing deep cuts on pilots.  AA announced it will reduce retirement benefits and ease restrictions on outsourcing of flying to other airlines as it attempts a turnaround under bankruptcy protection.

The judge gave AA permission last week to throw out the pilots' old contract and impose its own working terms after pilots rejected a company offer.

American hopes to cut annual labor spending by about $1 billion with the changes.

After canceling the pilots' contract, the company said it plans to relax limits this month on revenue-sharing deals with other airlines -- so-called code-sharing.  The move is designed to boost revenue without adding flights. American will also gain more flexibility to shift flying to regional airlines.

Earlier Wednesday, AA announced a four-year deal to outsource some of its regional flying to SkyWest Inc. SkyWest will handle some flying currently performed by American Eagle, American's regional affiliate, in Los Angeles and Dallas.

American will increase the maximum work hours for pilots starting in November. And it will freeze the pilots' defined-benefit pension plan while terminating a supplemental retirement plan in November.

The new contracts ratified by other workers will let American reduce jobs for flight attendants and ground workers and close a maintenance hub in Fort Worth.  Pensions for workers other than pilots will be frozen but not terminated, and they will instead get an improved profit-sharing plan. Retiree health benefits for current employees will be reduced.

Thomas Horton, the CEO of parent AMR Corp., said he still hopes for a voluntary agreement with pilots but that the company needed to begin making "changes that are necessary for our restructuring."  Horton said in a letter to employees that other airlines used bankruptcy to get stronger and cut costs, and that American is becoming more competitive by renegotiating leases and labor contracts.

The pilots say they’re willing to talk, “We have to have a contract in place in order to successfully emerge out of bankruptcy, so at some point we have to sit down with the corporation and hash this thing out.  But at this point they simply have not invited us back to the bargaining table,”; says Tom Hoban of the Allied Pilots Association.

In the meantime, pilots are threatening a strike.  The ballots are out right now for members to vote whether to strike.  The airlines says a strike is illegal, while the company is going through the bankruptcy process.

AMR and American filed for bankruptcy protection in November 2011. U.S. Airways Group Inc. is trying to force a merger, but AMR has resisted overtures from its smaller rival.


American Airlines returns to court on Tuesday in a contentious fight to throw out its contract with pilots and impose cuts -- a move the pilots say would be "professional Armageddon" but the airline argues is necessary to return to profitability.

The hearing, in U.S. bankruptcy court in New York, comes after the airline struck concessionary deals with its two other major labor groups, which represent flight attendants and ground workers.

If Judge Sean Lane rejects the pilots' contract, American said it would impose cuts already outlined in a "term sheet," a detailed list of proposals that pilots rejected.


"We will begin to implement the terms from the term sheet that will enable us to achieve our necessary cost savings and continue moving forward toward a successful restructuring," AA spokesman Bruce Hicks said in a written statement.

The Allied Pilots Association said the cuts would be deep, increasing the number of hours pilots  work and stopping some retirement benefits, leading to fewer jobs and the slashing of other benefits.

Two weeks ago, Lane ruled American had shown that significant changes were needed in its labor contracts but declined to scrap the pilots' deal, saying the airline had overreached on the issues of furloughs and outsourcing.

Hicks said American has now addressed the judge's concerns, leaving the current contract terms in place on furloughs and proposing less code-sharing -- deals with other airlines that essentially outsource jobs.

Fort Worth-based American is asking the judge to limit Tuesday's hearing to those two issues.

Meanwhile, American continues talking with Tempe, Ariz.-based US Airways about a possible merger.

Pilots say they would fare better if US Airways were to take over American.

"We have an agreement with US Air. We have since April," Hoban said. "U.S. Airways wants to run an airline."

In the next few months, US Airways is expected to present its own reorganization plan of how a combined airline would benefit employees, customers and creditors.

On Friday, British Airways confirmed it also had signed a non-disclosure agreement to engage in merger talks with American, but those negotiations may be complicated by a law restricting foreigners from owning more than 25 percent of a U.S. airline.

Tuesday's hearing is expected to last just several hours. The judge would most likely announce his decision in the following few days.

"I think the judge is going to accept the modifications and reject the agreement," he said.

Ralston noted that the imposed cuts would be temporary and the airline and the pilots will ultimately have to negotiate a new contract, a process complicated by the tense relationship between both sides.

"Let's face it -- American and its labor have had a contentious relationship for a long time," he said.

Leaders of the pilots' union are making preparations to call a strike vote if the airline implements cuts but acknowledge it would be difficult to strike while the company remains in bankrupcty. 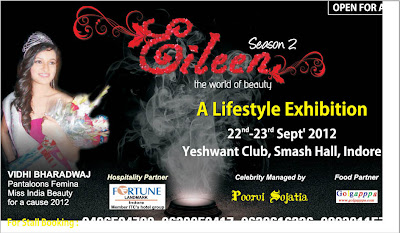