Remember, in every situation you can come out Victorious if you choose to.

When in the era of Global Recession most of the professionals become dul n drowzy, All HR Managers can avail the Big time Benefits of Economic Recession. They can always hire very good team for very less Cost to Company.

You'll be surprised how people start to lecture you about spending wisely, saving for the future, tighten your belt! My drunk neighbor has been sober for so many days!

Seriously, in this world where consumerism is highly encouraged, the situation right now has made everybody a notch wiser than before. I don't see people splurging like they used too. Anybody who say's otherwise...it's your opinion.lol

Want to Recession-Proof  Yourself ?

Looking to thrive in our new, post-recession economy? Then it’s essential to focus on doing work that it would be near-impossible to program a computer or robot to do.

A fascinating study, published in the Cambridge Journal of Economics in 2012, found that Americans in the creative class — those in jobs such as engineers, artists, scientists and educators —  had a lower chance of being unemployed from 2006 to 2011 than those employed in the service sector or working class jobs, such as construction or manufacturing.

Other research has already showed that those with college degrees fared better than those who lack them in the last recession. This study looked beyond education levels alone and drilled down into how the jobs people do and the skills required to do them affected their employment rates.

Having a college degree alone isn’t a vaccine against unemployment, as many recent graduates know all too well. As the study shows, those who are most valued in today’s economy are applying whatever education they have–whether it’s a high school diploma or a graduate degree — to fields that require a high degree of knowledge, creativity and human judgement. The work they do can’t easily be automated.

Even if you’re self-employed, the conclusions are fascinating and offer a road map to economic relevance in the years to come.

Florida, an expert on urban studies, has called the Great Recession the “Great Reset,” in which the economy made a profound shift toward favoring “knowledge-based creative activities.” The study suggests that many of us need to reset our career planning to reflect this dramatic change.

Interestingly, those in the creative class had lower likelihood of unemployment than those with the same level of education who worked in service and working class jobs.

Among members of the creative class with no college degree, the post-recession unemployment rate was 5.7%, compared to 10% among service sector workers and 15.1% among counterparts who also had no college degree and had previously been employed in working class jobs.

Some of the hardest hit workers, the authors noted, were employed in fields like construction that suffered severe downturns during the economic crisis or were based in cities that were disproportionately affected by the housing bust.

The authors also pointed out that, prior to the Great Recession, growth of residential and commercial construction fueled expansion of service sector businesses. When the housing market collapsed, that also affected service sector jobs that had taken shape in the housing boom.

But they also point to a structural change in the workplace that will affect many Americans. While companies’ investments in technology in recent years have complemented the work done by problem-solving creative workers, tools like computers did not replace what they do. Technology expanded their reach. However, that was not the case for workers doing routine jobs that entail following rigid corporate instructions repeatedly. Computers and other tech tools began replacing some of the work they do.

The creative class also benefited from another trend that showed up in the worldwide economic crisis: Their work was not as heavily affected by export-related conditions as, say, manufacturing workers’ jobs are. It is more tied to local consumption.

Studies like this have profound implications not just for workers but for both educators and employers.

Many schools still follow an old model focused on preparing workers for an industrial economy. While well-financed private schools and wealthy public school districts have for years offered students classes in disciplines like web design and robotics, many poorly financed schools lag behind them and miss opportunities to ignite students’ interest in fields like this.

We all need to look at what is being taught in the schools in our community and make sure it reflects what students need to know today, not just what mattered 40 years ago. You don’t necessarily need a college degree to excel in a field like web design, yet we do little to promote careers like this among high school graduates who aren’t college bound.

We also need to do more to spread entrepreneurship education, which is ignored in many schools. Many in the creative classes are self-employed or run small businesses, from marketing shops to architecture firms. However, most of us graduate from high school without a clue as to how to run a business, unless we happened to be part of a family that owned one.

Entrepreneurs and other employers also need to keep pace with the changes. The customers of the future will either want products and services that can be purchased at the rock-bottom prices automation allows–or offer something special, that only humans can bring. What types of highly customized service, unique expertise or cutting-edge skills do you have to offer? Many of us need to be able to answer questions like these, or we’ll find ourselves sidelined.

This is a very broad topic that would require a lens in itself but according to recession.org,

"Recession is primarily caused by the actions taken to control the money supply in the economy. The Federal Reserve is responsible for maintaining an ideal balance between money supply, interest rates, and inflation. When the Fed loses balance in this equation, the economy can spiral out of control, forcing it to correct itself."

In short, you can blame the Government for everything that's happening right now. But hey, that didn't come from me.

Let's go talk about something better, shall we?
Benefits Of Economic Recession
Alas! The much awaited section...

OK, so now that we know a little bit about recession and how it affects our lives in a negative fashion (I was gonna talk about the effects a little bit but I think it's pretty obvious so I chose not to), let us now concentrate on the positive side of things.

In this section I will talk about the benefits of economic recession (obviously) and I will introduce you to people who realized these benefits and started using them to their favor. You can do the same, so keep on reading. 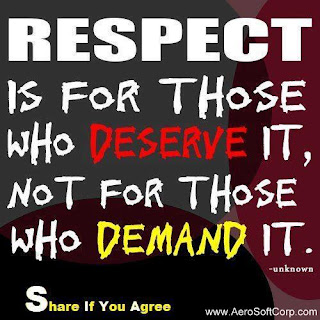 Are we already in a recession?
MarketWatch
The Economic Cycle Research Institute agrees, and recently announced that a recession may have begun as long ago as July. The combined economic signal coming from industrial production and personal income, noted ECRI in a recent report, “has never ...
See all stories on this topic »Spain Posts Current Account Surplus as Recession Continues
Bloomberg
Contracting internal demand continued to weigh down the economy in the last three months of the year, making for a sixth quarter of recession, the Bank of Spain said today in its monthly bulletin. It will give its first estimate of gross domestic ...
See all stories on this topic » Singapore Close to a Recession as Q4 Estimates Weak
OANDA Forex (blog)
Singapore likely joined Japan in recession in the fourth quarter of 2012, dragged down by weakness in its top exports of electronics, according to a Reuters poll of economists. Gross domestic product (GDP) probably shrank by an annualized and ...
See all stories on this topic »Recession-rattled investors lose faith in stocks
Florida Today
Defying decades of investment history, ordinary Americans are selling stocks for a fifth year in a row. The selling has not let up despite unprecedented measures by the Federal Reserve to persuade people to buy and the come-hither allure of a ...
See all stories on this topic » France Teeters on the Brink of Recession
24/7 Wall St.
It may not seem like much, but France's INSEE reported that third-quarter gross domestic product was higher by 0.1%, not the 0.2% preliminary number. GDP contracted in the second quarter. France's economy continues to hug a flat line. A recession could ...
See all stories on this topic »