American Airlines pilots knew the cuts were coming, but the union calls the new terms “atomic.”  A company spokesperson tells NBC 5 that there’s no joy in making the cuts, but claims it has to be done for the airline to survive.
“What they’ve elected to do is really kick the hornet’s nest.  They told us they were going to go slow, that they’d like to get back to the bargaining table, but they’ve chosen the nuclear option here,” said First Officer Tom Hoban with the Allied Pilots Association.Hoban said the cuts coming from American Airlines are just fueling pilots frustrations.  The company got the green light last week from a judge to start slashing $370 million in pilot costs.  The airline isn’t wasting any time.“We’re going to be working more days with less pay, under some pretty significant, onerous conditions,” said Hoban.American plans to increase the pilots maximum work time to 90 hours per month.  Hoban said that’s up from an average of 83 hours per month now and that 90 hours equates to about 20 days away from home every month.The company is also planning to freeze pensions and immediately ease code-sharing restrictions. That allows American to use smaller, regional planes like SkyWest and Express Jet.  Pilots fear it will mean outsourcing their jobs and could impact passengers. “When you buy a ticket on American Airlines, you expect to get on American Airlines.  With code-share, you could be on ‘XYZ’ and not know when you purchase a ticket,” said Hoban.American said it tried to reach an agreement with the pilots, just like it did with the flight attendants and ground workers.  Right now, talks are at a standstill, which could increase the odds of a US Airways takeover. “If they don’t have a pilot contract in place, there’s a great deal of financial uncertainty and operational uncertainty,” Hoban said.The pilots are now voting whether to strike.  The outcome of that vote is expected by Oct. 3.  The union said it will be up to a judge to decide if a strike is legal.American Airlines spokeswoman Courtney Wallace said “This is more about federal law, which makes it really tough for a union to go on strike, and American and the APA haven’t reached the point where a job action (a strike) or other “self-help” would be allowed. The APA’s own general counsel reminded the union in a memorandum to its national officers and board of directors that any job action would be unlawful."Airline labor relations are governed by the Railway Labor Act, which lays out a process for handling contract negotiations and labor disputes. Key to the RLA is the National Mediation Board, which steps into contract talks if the union and management cannot reach an agreement.Under the RLA, a union cannot strike until a) the NMB has concluded that talks have come to an impasse; b) the NMB has proffered binding arbitration to the two sides; c) one party has declined the proffer; d) the board calls for a 30-day, cooling-off period; and e) the 30 days expires without a deal.” 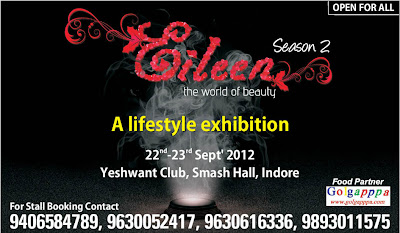