India's civil aviation regulator Wednesday rejected the winter schedule of the troubled Kingfisher Airlines. According to the Directorate General of Civil Aviation (DGCA), the passenger carrier's winter schedules for flight arrivals and departures were not approved. The airline last year had a departure rate of 2,930 flights per week, but has ever since reduced capacity due to financial constraints, mounting debt and an exodus of employees. Trouble seems to be mounting for the airline, which on Oct 12 extended its lockout till Oct 20. The lockout was declared Oct 1 after negotiations with striking employees failed amid reports that the airline was unable to pay employees full salaries since its lenders had refused fresh funding. The situation at the airline has not improved even after the regulator hauled it up and cancelled all 50 flights Oct 1, as employees went on strike demanding payment by Oct 5 of their salaries pending since March. Key personnel like aircraft maintenance engineers, whose airworthiness clearance is mandatory for any flight to take off, also struck work. The employees claim that non-payment of salaries has affected their morale and built up stress levels that can also affect operational safety. Meanwhile, the DGCA, which had issued the notice "as the airline has failed to establish a safe, efficient and reliable service", said it was yet to receive any communication from the company. As per Section 15(2)(b) of Schedule XI of the Aircraft Rules 1937, the DGCA may cancel or suspend the permit of an airline if it is satisfied that the permit-holder has failed to establish a safe, efficient and reliable service.


The airline had the lowest market share in August, which stood at 3.2 percent. The airline has a total debt of Rs.7,000 crore with a consortium of banks. 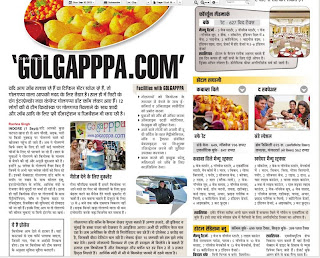