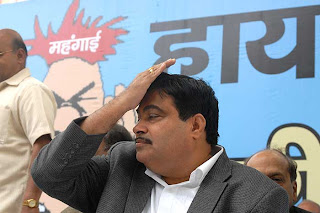 After his decision to skip election rallies in Himachal Pradesh, cornered BJP chief Nitin Gadkari on Tuesday cancelled his meeting with state leaders of poll-bound Karnataka where former CM B S Yeddyurappa is threatening to lead a breakaway BJP faction into the elections. Gadkari instead announced that he had asked leader of opposition in Rajya Sabha Arun Jaitley and party general secretary Dharmendra Pradhan to meet the state leaders and review the political situation there.

In a statement, the party said Gadkari was busy in consultation with legal experts in Mumbai and Nagpur. The party chief has threatened to take legal action against media groups for reporting about alleged money laundering by his companies.

Despite several overtures to Yeddyurappa, the former Karnataka CM is adamant on forming his own political party on December 10. He had earlier refused to meet Jaitley when the senior BJP leader visited Bangalore to pacify him. Yeddyurappa has openly stated that he has lost faith in the central leadership.

Shortly after Gadkari faced charges of dubious funding of his company, Yeddyurappa had told reporters that the BJP chief should introspect. Gadkari had asked Yeddyurappa to step down from the chief minister's post when he was indicted by the Karnatak  a Lokayukta in a graft case.


BJP President Shri Nitin Ji Gadkari seems to be most corrupt President BJP had so far.

Nitinji half the job is done through ROC's website. Long live the ROCs of India. Corporates have no life without ROCs. This may be compard with Ram Rajya.

RAM JETMALANI would kick gadkari like a football out of his home until gadkari comes with 50% stake in this business as fees.