Barely a smile greets a visitor in the office. Four young women sporting the airline’s trademark red uniform are clearly not in their element. And they would not speak on the problems faced by the airline.
In 2005, when Kingfisher Airlines was launched, the air hostesses were compared with ramp models and the hospitality was decidedly five-star. Chairman Vijay Mallya appeared himself in video announcements on board to announce that each passenger was like a personal guest for him.

Now, employees look and sound confused. Conversations about vacations have given way to worried talk on unpaid salaries and equated monthly instalments (EMIs) on loans.

Only a handful of employees got their March salaries, after which no one has been paid. From November to March, they received salaries after holding out threats. Several strikes a month are now a norm in the airline, crushed by the weight of debt.

“Mr Mallya, a member of Parliament, famous for his extraordinarily expensive lifestyle, has driven this airline to bankruptcy by sheer mismanagement and bad financial planning,” a group of prominent citizens had said in a letter to Prime Minister Manmohan Singh on February 27.

Mallya has been struggling to convince banks about recasting a mountain of debt the carrier is sitting on after a series of defaults.

Provident fund payments to staff were held up and tax to be deducted at source was not paid by the airline, leading to the tax department freezing its accounts. Murugavel Janakiraman, CEO of  BharatMatrimony.com said the website has seen a 30% rise in the number of Kingfisher air hostesses looking for grooms in the past six months. “They had no time to think about marriage when they had a rocking career. But as their career started suffering, they are looking at marriage a safe option.” A pilot who recently defaulted on his EMI said it hurt him to see Mallya leading a lavish life while his staff languished. There are dozens like him telling stories of dashed dreams.

“We are living off our savings. You can cut down on food but what do you do about school fees when you haven't been paid for seven months? No one cares. Whom do we approach? The government is going out of its way to help him,” said Prakash Pande, an engineer based in Mumbai.

Radhika, 26, had joined the airline as a flight attendant in 2008. In May, the landlord asked them to vacate after non-payment of rent for three months. Radhika is back home in Kolkata. One of her colleagues has traded down for a café job while she applies to other airlines for jobs.

Shillong-bred Jennifer had gifted her parents a trip to London in 2009.  Last April,she sent back her younger brother, who she admitted to a Delhi school, after her pay stopped coming.

“Pilots are flying just to show more flying miles on their CV, just as many airhostesses and others are clinging to their jobs to gain experience,” said Jennifer. Prakash said young air hostesses from smaller cities who came in search of careers to big metros are among the worst-hit.

A few years ago, these people were being lured by rival airlines with six months’ pay as signing bonus.

Permission for foreign direct investment (FDI) in airlines is offering new hopes for the troubled employees. “But nothing is certain. Everybody knows we are in desperate need for jobs and are offered peanuts,” Jennifer said.

Mallya has been actively seeking FDI, but no airline has confirmed an interest. The employees wait for rescue, while passengers are busy running down the brand that once spelt style. 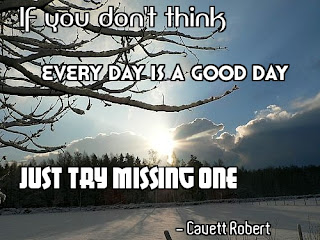