Why Kanda was possessive about Geetika Sharma ? 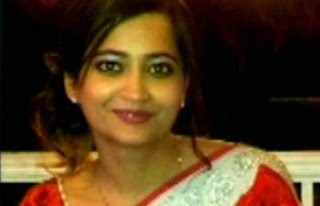 On a day when absconding Haryana MLA Mr  Gopal Goyal Kanda's counsel described suicide victim Geetika Sharma in court as being jealous of Kanda's relations with other women, having an emotional attachment with him and being desirous of a relationship, a police source told TOI that her family had spoken about incidents that suggest the Sirsa MLA was possessive about her.

Geetika's family is learnt to have told police that Kanda personally spied on her. During her BA final year exams at DU, he allegedly followed her to the exam centre in the guise of a Sikh as he suspected she was in a relationship with another man. While police are yet to verify this, sources say other revelations about Kanda visiting Dubai in pursuit of Geetika, accompanying her to Singapore, exchanging numerous calls, buying property in her name and handing over several operations to the then 20-year-old woman indicate that the "attachment" may not have been one-sided.

But as the probe entered its fifth day on Thursday, there was no word from police on the findings of the preliminary postmortem report that would establish the exact time of Geetika's death. In a possible setback, police said they had come to know about a computer hard disk that was destroyed at the MDLR office in Gurgaon shortly before they raided the place. They intend to ask arrested MDLR manager Aruna Chaddha about this disk as they have obtained permission from a court to question her for two days.

Investigators are also going through the documents seized from the MDLR office to corroborate claims made by Geetika's family about her being pressed to sign some documents. They will question a Gurgaon police inspector regarding his role in sending an email to Emirates airline — allegedly on the directions of Kanda — accusing Geetika of loan fraud. Sources said police would write to Emirates for verification of the allegations.

Investigators say early leads in the case indicate that Geetika was possibly feeling trapped and wanted to get out desperately. A family member said she had returned the BMW Kanda gave her within a week and also gave back a phone he presented to her. This phone's SIM was issued in the name of one Mandeep Singh, who has since turned a police witness.

Police are hopeful of getting crucial information from Singh, who, although not an MDLR employee, is considered very close to Kanda. His association with the MLA started as a driver, police said.

Geetika's family on Thursday said they had faith in the judiciary and were hopeful of getting justice. They said Chaddha's arrest and the rejection of her bail plea were positive signs but Kanda's evading arrest was equally unfortunate.
They expressed their apprehension that Kanda might be using this time to tamper with evidence and was definitely strengthening his defence.

Email ThisBlogThis!Share to TwitterShare to FacebookShare to Pinterest
Labels: Kanda was possessive about Geetika Sharma