According to Arun Mishra, director general of civil aviation (also abbreviated as DGCA), the audit reports could be submitted in a week.

The regulator had conducted a safety audit of all airlines in December. That exercise found serious irregularities with Kingfisher and Air India Express.

A serious lapse could cost an airline its licence to fly.

Kingfisher chief executive officer Sanjay Aggarwal met DGCA officials in Tuesday in connection with the audit. Most employees of the airline have not been paid since February and some of its pilots have been striking work.


Aggarwal did not return calls, and the airline’s spokesman did not respond to text messages seeking comment.
The Air India Express spokesman declined comment.

Two senior executives of Kingfisher Airlines said Aggarwal had assured employees that their salaries would be paid this week. The executives, who asked not to be identified, said Aggarwal also told DGCA on Tuesday that two investors are in discussions with the airline to infuse capital into it and that it will restore its old flying schedule once that happened. Mint couldn’t independently confirm this.

Until a year ago, Kingfisher was flying 365 flights a day. It now operates less than 100.

DGCA Mishra did not comment on his interaction with Aggarwal.

“I cannot tell the management how to run an airline. But we will not be compromising on safety issues,” he said.

Bhushan had said that nearly one-third of Kingfisher Airlines’ planes were on the ground and that there was extreme shortage of engines and spares. “Widespread cannibalization of parts is noticed... A reasonable case exists for withdrawal of their AOP (airline operating permit) as their financial stress is likely to impinge on safety,” he had noted.

The audit also highlighted a shortage of pilots and trainers at Air India Express.

Bhushan was removed as DGCA in July.

A former civil aviation ministry official said a financially stressed airline would not necessarily compromise on safety, and a profitable carrier could violate safety norms, he added. “One will have to wait and watch for the findings of the report. I don’t understand why the safety regulator would single out Kingfisher Airlines and Air India Express?” asked this person, who spoke on condition of anonymity.

“One should check the financial health of the organization and also whether aircraft lessors are paid. The previous DGCA had asked these questions and he was given the boot. The audit seems to be in the right spirit even though I don’t want to guess the outcome,” said Neelam Mathews, a senior aviation journalist, analyst and consultant.

Some of the experts are also questioning DGCA’s preparedness to carry out such an audit.

Consulting firm Centre for Asia Pacific Aviation (Capa), in a July report, noted that in 2009, the Federal Aviation Administration of the US, concerned by what it considered to be gross under-staffing particularly in DGCA’s airworthiness division, threatened to downgrade India to category II status. This would have hit DGCA’s reputation in providing safety certifications, and hence international carriers would hesitate to come to India.

“Although 136 officers are in the process of being recruited, this is just the first step. The next major task is to train the workforce to bring them up to the required levels of expertise... A number of senior officials have recently been suspended due to impropriety, a positive measure in its own right, but this has led to the loss of expertise and the middle ranks have never been provided with adequate training to be able to fill these roles,” it said.

Capa said the weakness of DGCA is one of the most critical issues for the industry in fiscal year 2013.

Kingfisher Airlines has not made a profit since its inception in 2005. The airline is seeing an exodus of people, with at least 3,500 employees, close to 50% of its staff strength, having resigned in the last one year.

Shares of Kingfisher Airlines ended Wednesday at Rs. 9.97 apiece on BSE, up 2.68% from their previous close, while the exchange’s benchmark Sensex index fell 0.21%. 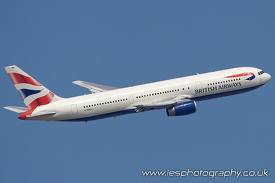