CAG says Rs 1.86 lakh crore likely to accrue to private coal block allottees due to allocation made without competitive bidding - previous figure of loss to country released by CAG had been over Rs 10 lakh crore.
PMO downplays CAG report and slams the CAG.
CAG is not following its mandate, says MoS PMO V Narayanasamy.

The Prime Minister's Office (PMO) says the CAG report on coal block allocation is preliminary and has to be tested.

On coal:  CAG says Rs 1.86 lakh crore likely to accrue to private coal block allottees due to allocation made without competitive bidding - previous figure of loss to country released by CAG had been over Rs 10 lakh crore.

The 2G spectrum scam was lesser than this amount by a bit. CAG's spectrum loss was pegged at Rs. 1.76 lakh cr. This was referred to as 'completely erroneous' by Telecom Minister Kapil Sibal.

On aviation:  In the so-called Delhi Airport scam, CAG slams levy of development fee on passengers at Delhi Airport; says it vitiated sanctity of bidding process.

CAG says DIAL to get undue benefit of Rs 3,415.25 cr from levy of development fee on passengers at Delhi Airport.


Three crucial CAG reports on coal block allocation, implementation of public-private partnership in IGI Airport and ultra mega power projects were tabled in the Parliament on Friday, which alleged huge losses to the exchequer were caused by PM Manmohan Singh-led UPA govt.

CAG says benefit of this money should have gone to the people of India/govt but instead it has gone to private companies.

To put things in perspective, the 'benefits' that are going to accrue to these companies will be over a period of 20 years and not immediately.

Opposition parties are accusing the UPA govt of looting the public in the name of opening up of the economy. The BJP has said that govt has broken all previous corruption records.

The CAG draft report on implementation of public-private partnership in IGI Airport had claimed that the Delhi International Airport Ltd (DIAL) was given land at a highly concessional lease rent.

DIAL is a joint venture consortium in which the GMR group holds 54 percent, Airports Authority of India (AAI) 26 percent, Frankfurt and Malaysian airports 10 percent each.

CAGSpeak: "Delay in introduction of the process of competitive bidding has rendered the existing process beneficial to the private companies. Audit has estimated financial gains to the tune of Rs 1.86 lakh crore likely to accrue to private coal block allottees," CAG said in a report on allocation of coal blocks.

The CAG said it has arrived at the estimates based on the average cost of production and average sale price of opencast mines of Coal India in the year 2010-11.

"A part of this financial gain could have accrued to the national exchequer by operationalising the decision taken years earlier to introduce competitive bidding for allocation of coal blocks," CAG said.

The auditing body said it is "of strong opinion that there is a need for strict regulatory and monitoring mechanism to ensure that benefit of cheaper coal is passed on consumers". 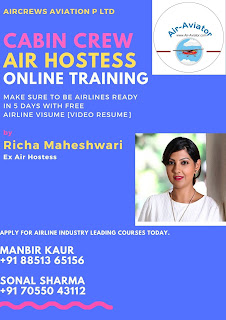