Not enough women in the aviation industry 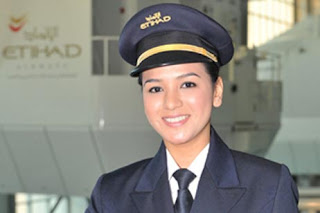 The aviation industry is too male dominant and needs to recruit new blood to address its ageing fleet of pilots, new research concludes.

With more than half of those currently working in the aviation sector aged over 45, and just seven per cent aged under 25, there are fears that pilots are failing to keep up with new technology.

New independent research commissioned by the Aviation, Tourism and Travel Training Organisation (ATTTO) has shown that unless youngsters come into the industry, an emerging national skills gap could become a widespread problem within five years.

The study, undertaken by Angus and Associates, surveyed people from aviation workplaces with a combined staff of more than 7,400, including pilots, aviation engineers, ground staff and air traffic control staff.

It showed that when flight attendants are excluded, the sector was 83 per cent male, and half of all staff were more than 45-years-old, with nearly 20 per cent of staff aged over 55.

"Unless the sector does more to attract new men and women to the sector they could be facing problems within the next five to 10 years," Kathy Wolfe, ATTTO Chief Executive, said.


"It's testament to the sector that they have such a high percentage of experienced and long-standing staff, but it's time to face the reality that both technology and staff move on, and the sector has to act now to meet these challenges."

The figures show that there is a growing awareness of the issue.

Around 60 per cent of those surveyed reported that they are already feeling the effects of an ageing workforce on their workplaces, and half said they were being affected to a large degree.

Attracting new staff, retention and development were identified as the main challenges, particularly for pilots and aeronautical engineers.

Irene King, CEO of the Aviation Industry Association, said the survey shows how critical it is to rush in "appropriately qualified people" into the industry.

"Sustaining present levels of contribution to our economy will become very challenging let alone meeting our nine per cent growth targets unless we increase training in key sub groups such as pilots, engineering and air traffic control," she said.

Email ThisBlogThis!Share to TwitterShare to FacebookShare to Pinterest
Labels: Not enough women in the aviation industry