The Jobs to be cut in Victoria are mostly engineers who have been reconfiguring nine of Qantas' 18-strong fleet of Boeing 747-400 Aircraft.

200 Qantas line maintenance jobs cut in Sydney
250 contractors at Avalon in Victoria
About 50 jobs elsewhere, including Richmond
100 new jobs created in Brisbane
QANTAS will axe another 500 engineering jobs in Victoria and Sydney as the airline begins to enact plans to reduce its bases for heavy aircraft maintenance in Australia from two to one.
About 200 of the latest job cuts will be to line-maintenance roles at Qantas' jet base at Sydney Airport and the remainder mostly from heavy maintenance at Avalon Airport near Geelong. 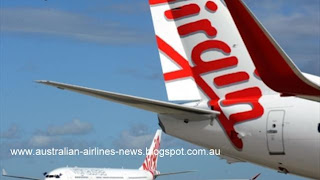 The Jobs to be cut in Victoria are mostly engineers who have been reconfiguring nine of Qantas' 18-strong fleet of Boeing 747-400 Aircraft. The revamp to the last jumbo will be completed by the end of this month.
Advertisement
About 250 of the 263 workers to go at Avalon Airport are contractors.
Qantas will also shed about 40 jobs from its defence services operation at RAAF Richmond in Sydney, which has been maintaining the Defence Force’s C130 Hercules. As well, about 11 jobs will go when Qantas closes its engineering training facility in Melbourne, and shifts the work to Sydney.
The engineers' union has claimed the job cuts will threaten safety – an assertion rejected by Qantas.
The Australian Licensed Aircraft Engineers Association’s federal secretary, Steve Purvinas, said he expected the Qantas maintenance base at Avalon – one of two remaining in Australia – to be closed next year.
"Given the rising number of errors and the potentially serious nature of some of these, we're calling on Qantas to reverse these job cuts," he said.
Qantas has repeatedly flagged that it will eventually close the Avalon base and centralise heavy maintenance in Brisbane but will not put a timeframe on it.
The latest cuts take the total number of jobs axed from Qantas’s engineering operations this year to about 1260, and is a further blow to Victoria's already battered manufacturing industries.
However, Qantas will boost its engineering workforce at Brisbane Airport by a further 100, and the airline emphasised on Thursday that the latest cuts will result in a net loss of about 400 jobs.
Qantas has accelerated the sale or closure this year of what it deems non-core assets such as catering and engineering units. Last month it sold its half share of road freight business Star Track Express.
In August Qantas closed its heavy maintenance base at Melbourne's Tullamarine Airport, resulting in the loss of 422 jobs. A further 113 positions have already gone from the base at Avalon, and the latest cuts will leave the engineering workforce there at 340 – just over half its size at the start of the year.
The airline has decided to cut jobs in Sydney because it believes it has an oversupply of line-maintenance engineers. They undertake day-to-day servicing of aircraft.
The chief executive of Qantas' domestic operations, Lyell Strambi, said the airline's fleet of more modern planes had reduced the amount of maintenance required.
The cost of its heavy maintenance was more than 30 per cent higher than Qantas' competitors, and the airline needed to close the gap to secure its "future viability", he said.
But the Australian Manufacturing Workers' Union accused Qantas of back-flipping on commitments it had made to keep maintenance jobs. "We will seek to get assurances from Qantas and a clear explanation why they've betrayed workers' trust," the union’s NSW secretary, Tim Ayres, said.
"Ultimately a decision like this is is an attempt to cut corners."