An independent expert has been appointed to investigate the death of pregnant woman Savita Halappanavar at University Hospital Galway.

Her family said she asked several times for her pregnancy to be terminated because she had severe back pain and was miscarrying.

Her husband told the BBC the termination was refused because there was a foetal heartbeat.

Her death led to a series of protests against Ireland's abortion laws.

About 2,000 people gathered outside the Irish parliament, the Dáil, in Dublin on Wednesday evening calling for the reform of the Republic's abortion laws.

Speaking in the Dail on Thursday, Irish Deputy Prime Minister (Tanaiste) Eamon Gilmore said it was time to bring "legal clarity" to the issue of abortion.

Mr Gilmore said the Irish government "is going to deal with this issue".

"I think the discussion needs to be a reasoned, dignified discussion," he said.

"What it is needed is to be bring legal clarity to circumstances that have been outstanding for a period of time."

During Wednesday night's protest, a minute's silence was held in memory of Mrs Halappanavar, 31, who was a dentist and was originally from India.

A group of about 40 protesters also gathered outside the Irish embassy in London. In Cork, a candlelight vigil was held at the city's opera house in her memory.

When asked by the BBC if he thought his wife would still be alive if the termination had been allowed, Mrs Halappanavar's husband, Praveen, said: "Of course, no doubt about it."

He said staff at the hospital told them Ireland was "a Catholic country".

Her death, on 28 October, is the subject of two investigations.

In a statement released on Wednesday evening, Ireland's Health and Safety Executive (HSE) said it would appoint an independent, external expert in obstetrics and gynaecology.

The HSE said the National Incident Management Team (NIMT) would oversee a review. The make-up of that team and its terms of reference are yet to be finalised.


University Hospital Galway will also carry out an internal investigation. It said it could not comment on individual cases but would be cooperating fully with the coroner's inquest into Ms Halappanavar's death.

In a statement released on Wednesday, the Galway Roscommon University Hospitals Group extended its sympathy to the husband, family and friends of Ms Halappanavar.

Dr Muiris Houston, health analyst for The Irish Times newspaper, said that all of the circumstances surrounding the incident had not been revealed yet.

He described it as a "rare situation".

The Indian ambassador to Ireland, Debashish Chakravarti, said his embassy was monitoring developments.

"We deeply regret that this lady died in the circumstances that she did and, of course, the death of any Indian national is a source of concern to us, I suppose," he said.

"Steps should be taken so that it doesn't happen to any other Indian citizen."

Abortion is illegal in the Republic except where there is a real and substantial risk to the life, as distinct from the health, of the mother.

In January, the Irish government established a 14-member expert group to make recommendations based on a 2010 European Court of Human Rights judgment that the state failed to implement existing rights to lawful abortion where a mother's life was at risk.

A spokesperson for the Department of Health said that group was due to report back to the Minister for Health, James Reilly, shortly.


"The minister will consider the group's report and subsequently submit it to government," the spokesperson said.

Mr Halappanavar is still in India after accompanying his wife's body there for her funeral. 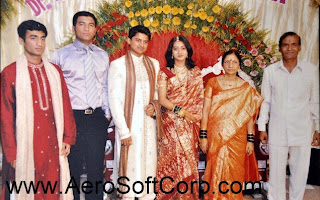