No Work No Salary ?

Beleaguered Kingfisher Airlines on Wednesday faced fresh trouble with its employees deciding to move court seeking a formal closure of the company if it did not spell out future plans giving a time-line for clearing their salary dues of eight months.

The employees are also learnt to have moved the Directorate General of Civil Aviation (DGCA), informing the aviation regulator of their plans which also include seeking the intervention of the President and the Prime Minister, Airline sources said.

"We demand that the management should share the revival plan with us. We also want it to spell out a payment schedule for our salary dues. If we don't find their explanation satisfactory, we will file a winding up petition in the court under section 433 of the Companies Act," sources said.

The employees of Kingfisher Airlines also moved the DGCA over their salary dues for over eight months.

The decision was taken following a meeting of the Kingfisher Airlines Maintenance Engineers Association, which lasted for two hours in New Delhi. The staffers have also decided to write to the Kingfisher management asking them to sell assets of the Airline and clear salary dues running into several months, they said. There was no immediate response from the airlines management to the employees' decision.

Kingfisher, whose flying license (Scheduled Operator's Permit) expired on December 31, 2012, suffered another blow with the Mumbai International Airport Limited (MIAL) giving away six of 11 of flying slots, with sources saying most of them have gone to Indigo, official sources said.

Its bankers, which have been discussing recovery measures during the past few months, have also decided to take legal action against the airline company for its failure to repay over Rs 7,000 crore debt despite repeated reminders.

Kingfisher is burdened with a loss of Rs 8,000 crore and a debt burden of another over Rs 7,524 crore, a large part of that has not been serviced since January. 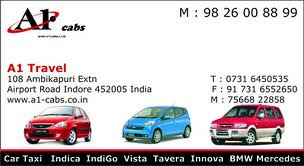 www.AeroSoftCorp.com As per All major Search Engines,
Alta vista, Bing, HotBot, Yahoo
For Aviation SEO AeroSoft is Best in India