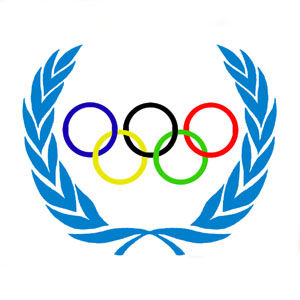 James Bond and the queen making her film-acting debut teamed Friday to give London a wild Olympic opening like no other.

And creative genius Danny Boyle turned the Olympic Stadium into a juke box, cranking up world-beating rock from the Beatles, the Stones and The Who to send the planet a message: Britain, loud and proud is ready to roll.

To kick off a 17-day festival of sports, this was brilliant and cheeky. Now over to you, athletes.

Queen Elizabeth II playing along with movie magic from director Boyle provided the highlight of the Oscar-winner’s high-adrenaline show. With film trickery, Boyle made it seem that Britain’s beloved 86-year-old monarch and its most famous spy parachuted into the stadium together.

Daniel Craig as 007, the queen, playing herself, and her royal corgis starred in a short movie filmed in Buckingham Palace.

“Good evening, Mr. Bond,” she said before they were shown flying by helicopter over London landmarks and then leaping — she in a salmon-colored dress, Bond dashing as ever in a black tuxedo — into the inky night over Olympic Park.

At the same moment, real skydivers appeared as the stadium throbbed to the James Bond theme. And moments after that, the monarch appeared in person, accompanied by her husband, Prince Philip.

Organizers said it was thought to be the first time she has acted on film.

“The queen made herself more accessible than ever before,” Boyle said.

Boyle sprang another giant surprise by giving seven teenage athletes the supreme honour of igniting the Olympic cauldron. Together, they touched flaming torches to trumpetlike tubes that spread into a ring of fire and then joined elegantly to form the cauldron.

With a singalong of “Hey Jude,” Beatle Paul McCartney closed the spectacle that ran 45 minutes beyond its scheduled three hours.

Organizers said the cauldron would be moved Sunday night to the corner of the stadium where a giant bell tolled during the show.

The show never caught its breath with a nonstop rock and pop homage to cool Britannia. The soundtrack veered from classical to irreverent. Boyle daringly included the Sex Pistols’ “Pretty Vacant” and a snippet of its version of “God Save the Queen” — an anti-establishment punk anthem once banned by the BBC.

The encyclopedic review of modern British music continued with a 1918 Broadway standard adopted by the West Ham football team, the Rolling Stones’ “(I Can’t Get No) Satisfaction” and “Bohemian Rhapsody,” by still another Queen, and other tracks too numerous to mention, but not to dance to.

The athletes marched in after the show. The Canadian team got a nice pop from the spectators at Olympic Stadium when it was introduced.

Flag-bearer Simon Whitfield was beaming as he led the Canadian contingent into the stadium as thumping dance music blared throughout the venue. The veteran triathlete proudly waved a large Maple Leaf as the sold-out crowd roared its approval.

“What a rush. It was so amazing and was such an honour to be here tonight leading all of the athletes that I respect,” Whitfield said.

Decked out in red and white jackets, khakis and white sneakers, dozens of Canadian athletes waved to the crowd and took pictures as they followed Whitfield along the infield.

A total of 277 athletes will compete for Canada at the Games but just under half that number were able to participate in the ceremony. Many athletes had to skip it to prepare for their events.

Prime Minister Stephen Harper has extended his best wishes to the team. Governor General David Johnston was in attendance Friday night along with other Canadian dignitaries.

The Canadian Olympic Committee has set an ambitious goal of a top-12 finish in the overall medal standings. Canada tied for 14th with 18 medals at the 2008 Games in Beijing.

The evening started with fighter jets streaming red, white and blue smoke and roaring over the stadium, packed with a buzzing crowd of 60,000 people, at 8:12 p.m. — or 20:12 in the 24-hour time observed by Britons.

Boyle, one of Britain’s most successful filmmakers, who directed “Slumdog Millionaire” and “Trainspotting,” had a ball with his favoured medium, mixing filmed passages with live action to hypnotic effect, with 15,000 volunteers taking part in the show.

Actor Rowan Atkinson as “Mr. Bean” provided laughs, shown dreaming that he was appearing in “Chariots of Fire,” the inspiring story of a Scotsman and an Englishman at the 1924 Paris Games.

Headlong rushes of movie images took spectators on wondrous, heart-racing voyages through everything British: a cricket match, the London Tube, the roaring, abundant seas that buffet and protect this island nation, and along the Thames, the river that winds like a vein through London and was the gateway for the city’s rise over the centuries as a great global hub of trade and industry.

Wearing his yellow winner’s jersey, newly crowned Tour de France champion Bradley Wiggins rang a 23-ton Olympic Bell from the same London foundry that made Big Ben and Philadelphia’s Liberty Bell. Its thunderous chime was a nod to the British tradition of pealing bells to celebrate the end of war and the crowning of kings and queens.

The show portrayed idyllic rural Britain — a place of meadows, farms, sport on village greens and picnics — that then gave way to the industrial transformation that revolutionized the nation in the 18th and 19th centuries, the foundation for an empire that reshaped world history. Belching chimneys rose where only moments earlier live sheep had trod.

The Industrial Revolution also produced terrifying weapons, and Boyle built in a moment of hush to honour those killed in war.

“This is not specific to a country. This is across all countries, and the fallen from all countries are celebrated and remembered,” he explained to reporters ahead of the ceremony.

“Because, obviously, one of the penalties of this incredible force of change that happened in a hundred years was the industrialization of war, and the fallen,” he said. “You know, millions fell.”

Olympic organizers separately rejected calls for a moment of silence for 11 Israeli athletes and coaches slain by Palestinian gunmen at the 1972 Munich Olympics.

The parade of nations featured most of the roughly 10,500 athletes — some planned to stay away to save their strength for competition — marching behind the flags of the 204 nations taking part.

Greece led, as the spiritual home of the games, and Team Great Britain was last, as host. Prince William and his wife, Kate, joined in thunderous applause that greeted the British team, which marched to the David Bowie track “Heroes.” A helicopter showered the athletes and stadium with 7 billion tiny pieces of paper — one for each person on Earth.

Bahrain and Brunei featured female flagbearers in what has been called the Olympics’ Year of the Woman. For the first time at the games, each national delegation includes women, and a record 45 per cent of the athletes are women. Three Saudi women marching behind the men in their delegation flashed victory signs with their fingers.

“This is a major boost for gender equality,” said the International Olympic Committee president, Jacques Rogge, overseeing his last games as head of the IOC before he steps down in 2013.

Rogge honoured the “great, sports-loving country” of Britain as “the birthplace of modern sport,” and he appealed to the thousands of athletes assembled before him for fair play.

“Character counts far more than medals. Reject doping. Respect your opponents. Remember that you are all role models. If you do that, you will inspire a generation,” Rogge said.

The queen then said: “I declare open the games of London, celebrating the 30th Olympiad of the modern era.”

Last month, the nation put on a festive Diamond Jubilee — a small test run for the games — to mark her 60 years on the throne, a reign that began shortly after London’s last Olympics, in 1948.

Former world heavyweight champion and 1960 Rome Olympic gold medallist Muhammad Ali was cheered when he appeared briefly with his wife, Lonnie, before the Olympic flag was unfurled.

Some 8,000 torchbearers, mostly unheralded Britons, had carried the flame on a 70-day, 8,000-mile journey from toe to tip of the British Isles, whipping up enthusiasm for a $14 billion Olympics taking place during a severe recession.

The final torchbearers were kept secret — remarkable given the scrutiny on these, the first Summer Games of the Twitter era.

Boyle’s challenge was daunting: To be as memorable as Beijing’s incredible, money-no-object opening ceremony of 2008, the costliest in Olympic history.

“Beijing is something that, in a way, was great to follow,” Boyle said. “You can’t get bigger than Beijing, you know? So that, in a way, kind of liberated us. We thought, ‘Great, OK, good, we’ll try and do something different.”’

Posted on May 24, 2011 by Jon Stall
Originated in ancient Greece in 776 BC, this sports festival was named after the ancient Greek city Olympia. Since then Olympic Games have played a major role in the history of mankind. The Olympic Games are a major sports festival in which athletes compete with each other in various competitions. When the Olympic Games were held in ancient Greece city-states irrespective of their differences participated in the games. The same applies in modern days where world countries irrespective of their conflicts and differences participate in the games with a friendly nature. The Olympics symbolize unity of the world.

Each Olympic movement consists of international sports federations, National Olympic Committees (NOCs), and organizing committees. The Olympic flag, torch, and opening & closing ceremonies are symbols of this international event. Each year nearly 13,000 athletes from around the world compete with each other in 400 different events.

The First Olympic Games organized by IOC was held in 1896 in Athens, Greece. In 1900, for the first time in the history of Olympic Games, women were able to compete. In 1920, IOC initiated the winter version of the Olympics to encourage the sporting culture in ice and winter sports. In 1960, the first Paralympic games were hosted to promote the rehabilitation of soldiers of World War II. And in 2010, IOC has initiated the Youth Olympic Games for the athletes between the ages of 14 and 18.

Over the many years, some of the rules, federations, athletes, places, and medals have changed in the Olympic Games—but not its nature of unity and spirit in the sporting world.
Happy Landings .......... 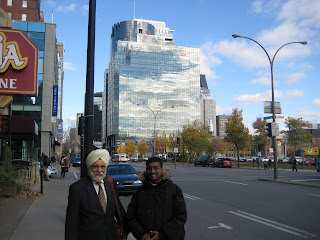 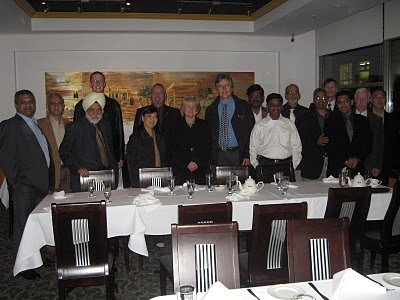 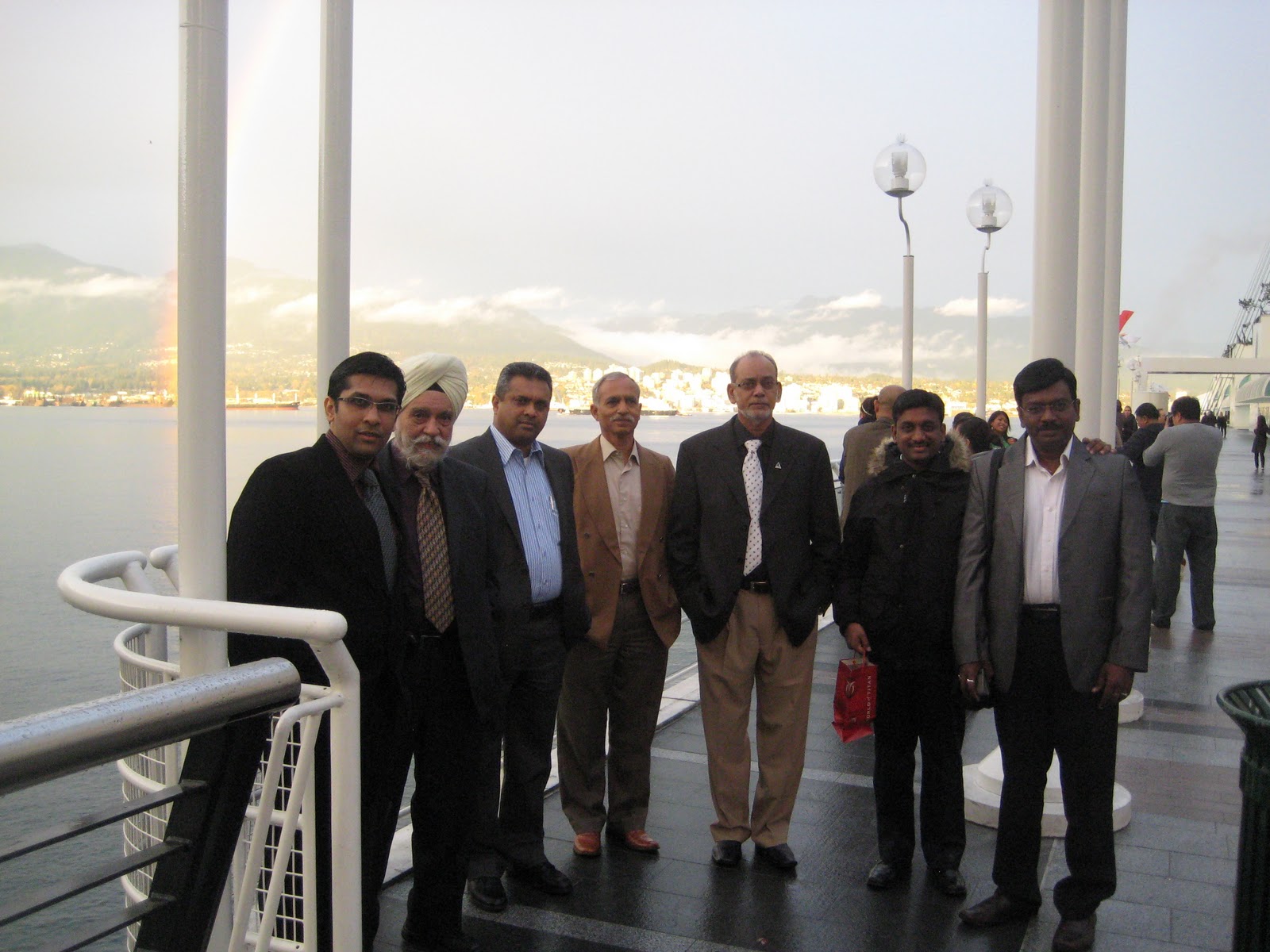